The Uplifter Blog : Vinyl + Music Video Launch - Won't forget that in a hurry. 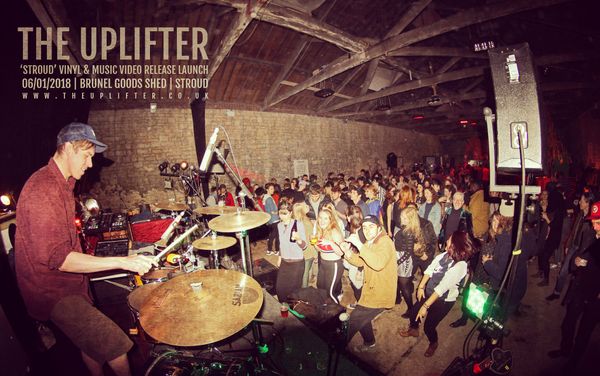 It's been a long journey from start to finish with this project, as well as an exciting embarkment into new territories - the learning curve in the studio has been near-vertical. For years I relied on friends to record alongside in the studio and eventually came to realise that the only way to get things done, quicker, and more creatively is to do it myself. The DIY approach is where my roots stem from - the days of being in a punk rock band in my teens,  recording albums on a four track in our parents' houses.

It's a liberating feeling to soley produce something from start to finish. To write, perform, record everything and press it to vinyl. What took the 'Stroud' vinyl project to another level for me was creating a music video alongside my brother. He's really doing well in the filming world and I was so happy that we got time to make something together and just hang out. We visited Stroud on two occasions to shoot the music video - in parts of the Cotswolds in and around Stroud. Minchinhampton, Roborough, Nailsworth, Horsely and other areas.

Jake and I had a lot fun making this video. It was new territory for both of us. I've never sung (and jumped around!) in front if a camera lens before.

The Vinyl + Music Video launch at The Brunel Goods Shed in Stroud was incomprehensibly successful. The place is huge and it was packed.

I will never forget, standing behind the merch table with my brother, watching our music video being projected onto a giant cinema screen. It was a fierce feeling, I'm not sure I've ever felt before.

To all you crowdfunders... What would I have done without you? You made the experience of self-publishing a record and music video an even more enjoyable experience - my greatest joy was packing each vinyl, writing individual nots to each of you and bubble-wrapping toy dinosaurs with each order.

Thank you, to each and every one of the people in the image below who helped make this project happen. 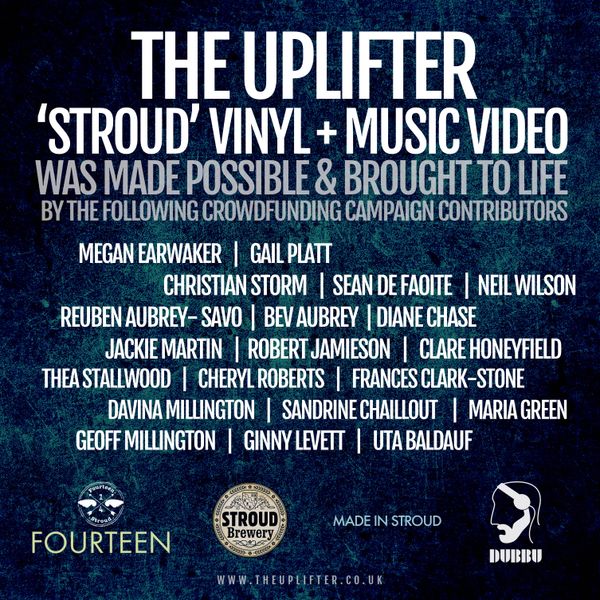